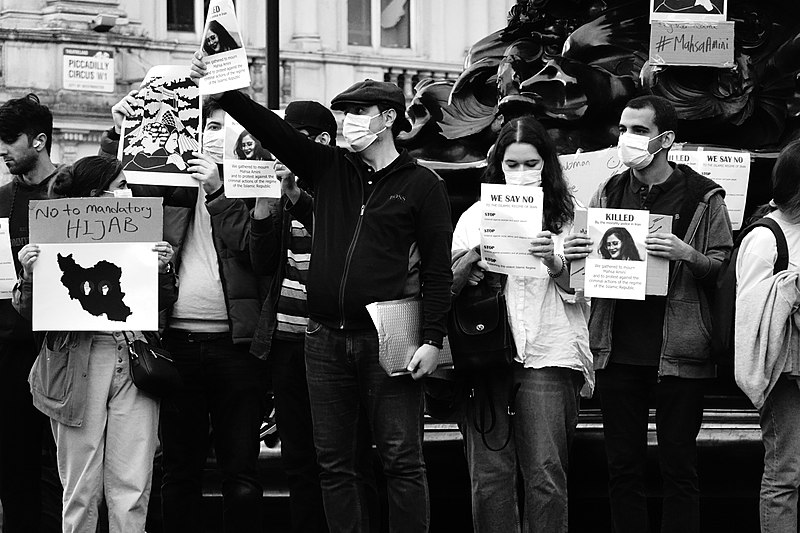 Isakava said that one of the reasons she wanted to show international films was because it allowed viewers to immerse themselves in the relationships and plight of this culture in a way that being a tourist can never allow.

The third film to be featured on the show, the Iranian horror film “Under Shadow,” was presented by assistant history professor Dr. Mohammad Amin Mansouri.

The action of the film takes place in the 1980s in Tehran. A mother and her daughter must endure the ghostly dangers of both the genie, the spirit of Muslim folklore, and the social dangers of patriarchal theocratic culture.

Mansouri said he chose this movie because it is up to date now. Six weeks ago, Jina Mahsa Amini, a 22-year-old Iranian, was arrested by the morality police for not wearing a hijab, which has since sparked protests and a women’s rights movement.

“This movie shows similar challenges, such as mandatory hijab, women’s rights, and the challenges of survival in a male-dominated society that is also torn by war,” Mansouri said in his introductory explanation.

Homa Sheybani, a CWU student from Iran, talked about how much the film portrays a reality that so many struggle with.

“It wasn’t just fancy stuff, it was reality,” Sheybani said. “The hijab they showed as this horror movie is really something that women in Iran experience.”

Sheybani said she thinks watching international movies is important because it shows people what it’s like to live in other countries.

“For example, people who are not from Iran have no idea what is going on there,” Sheybani said. “But if they come and watch an Iranian movie or any other country, they’ll have more information all over the board, not just what news they want them to know.”

Mansouri’s initial explanation consisted of a brief history of Iran since the 1979 invasion of Iraq, its impact on the film, and its relationship to what goes on in Iran today.

“The movie takes place in the 1980s and was shot in 2016,” said Isakava. “The movie itself is over five years old and the story itself is decades old, yet we know that the problems and tribulations women face remain the same.”

All films shown have been hand-selected by a professor in the history department who focuses on the region the film comes from. Each professor will also explain the history and culture of the region where the film of their choice was shot and why it is important.

There was one scene in the film that Isakava said he really captured the film’s link with the current protests where the main characters run away from a haunting genie.

Isakava said she wanted to continue hosting the international film months. She said she takes pride in coordinating events to show relevant movies during Black History Month and queer movies in May.